This is the first ever purpose-built Masjid (Mosque) in the South West of England and Wales. 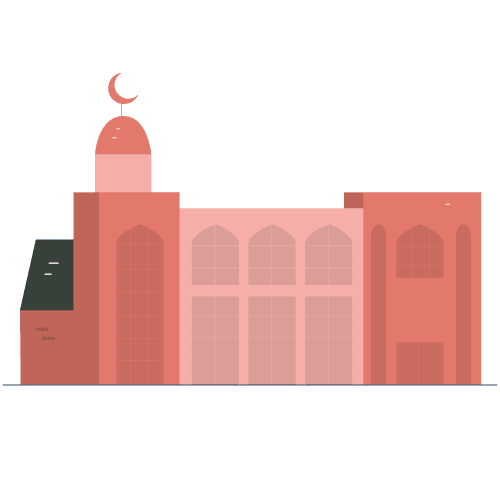 There was no Mosque in Gloucester for the small Muslim population in the 1960s: “We collected half a crown from every working Muslim and hired a hall in Ryecroft Street which we used as a praying hall.

On our Eid festival we prayed the first year in Gloucester Park…”  The work to provide a purpose-built Mosque started in earnest in the late 1970s, with fundraising efforts by many individuals within Gloucester as well as from the wider community of the U.K and beyond. The completed Mosque, designed to be sympathetic to the local buildings, was unveiled in 1983 and has been serving the city’s Muslim population ever since. A major extension project in 2015-16 means the Mosque can now accommodate 1000 worshippers.