A theme for a year of significant anniversaries

2021 sees a multitude of significant anniversaries both close to home and further afield. These anniversaries mark frontiers and pioneers of all kinds, inspiring a festival full of stories of crossing boundaries, new discoveries, changes and advancements of the past.

Take a deep dive into our theme artwork… 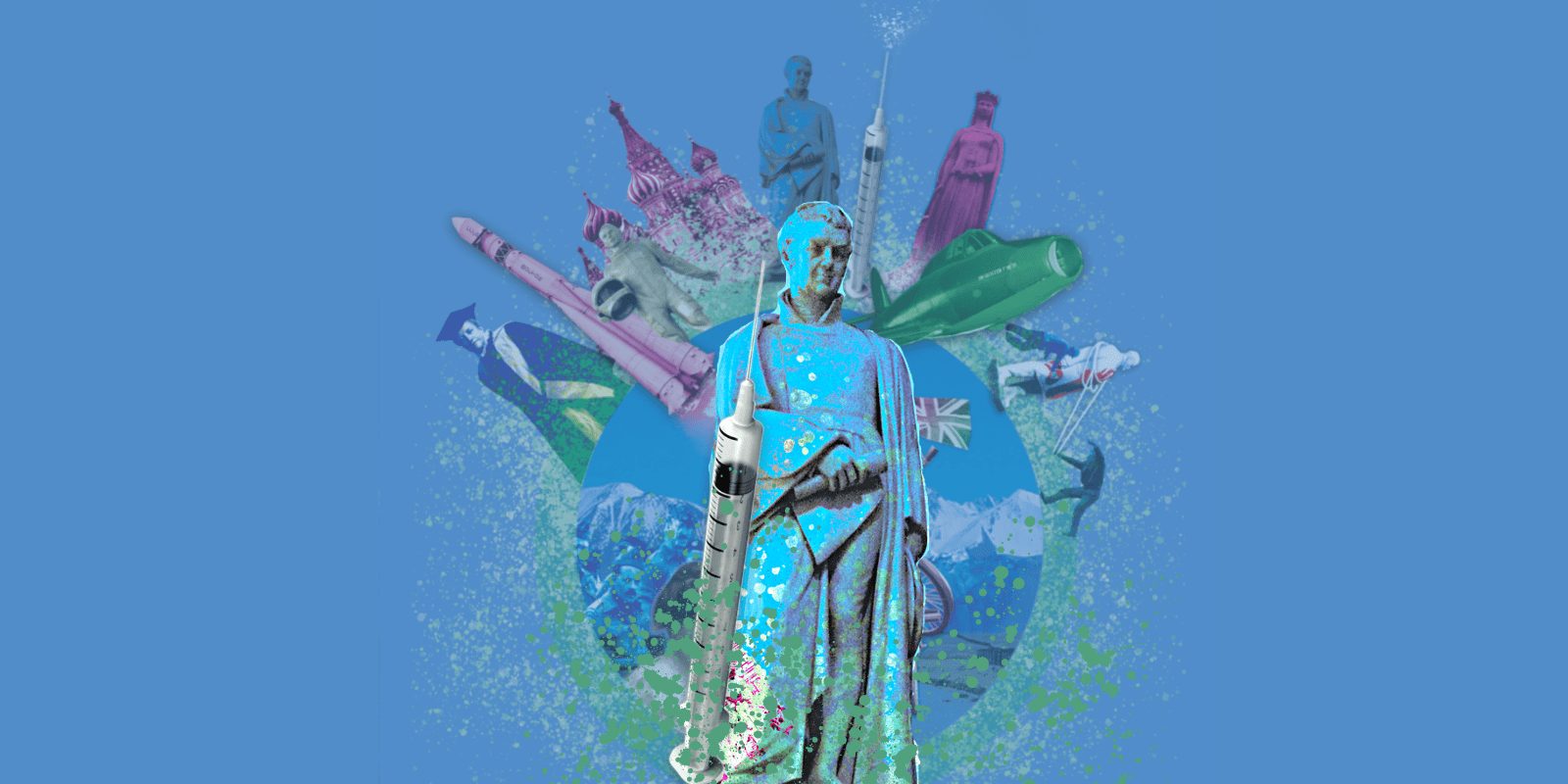 The image on the right comes from The Wellcome Images collection and is released under a Creative Commons Attribution (CC BY) licence. 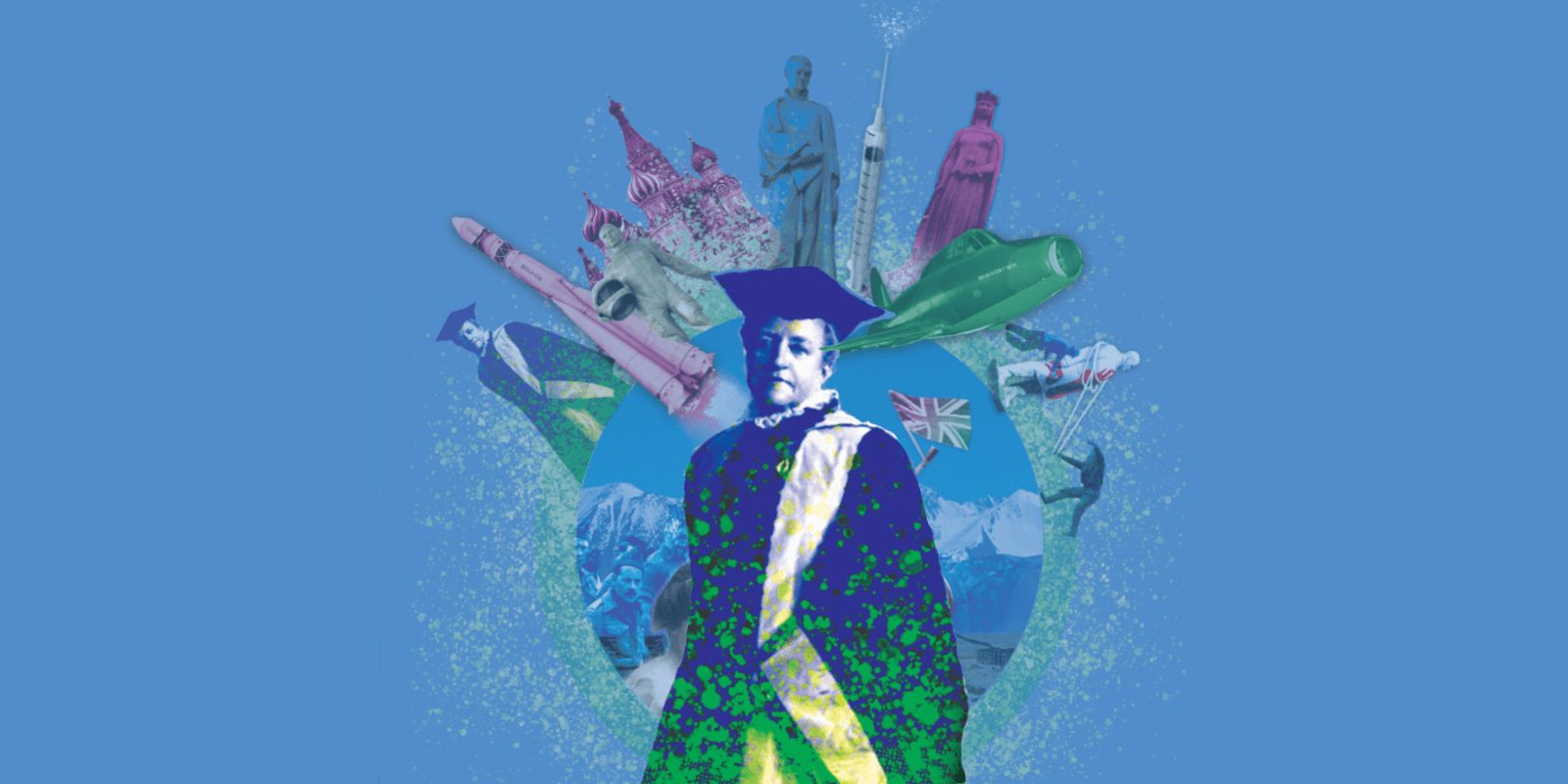 Born in London in 1831, March this year was the 190th anniversary of her birth. Dorothea Beale’s roots were firmly in Gloucestershire and it was here, in Cheltenham, that she was instrumental in her role as a teacher and education reformer for girls’ education. After a number of roles as a teacher and headmistress, she became the second head teacher of Cheltenham Ladies College where she remained until the end of her career. She founded St Hilda’s College, Oxford for training teachers and was involved in a multitude of efforts for educational and philanthropic progress, receiving an honorary doctorate (LL.D.) from Edinburgh University for her services to education. Her legacy lives on in girls’ education throughout the world. Her ashes are interred in a small vault on the south side of the Lady Chapel of Gloucester Cathedral. 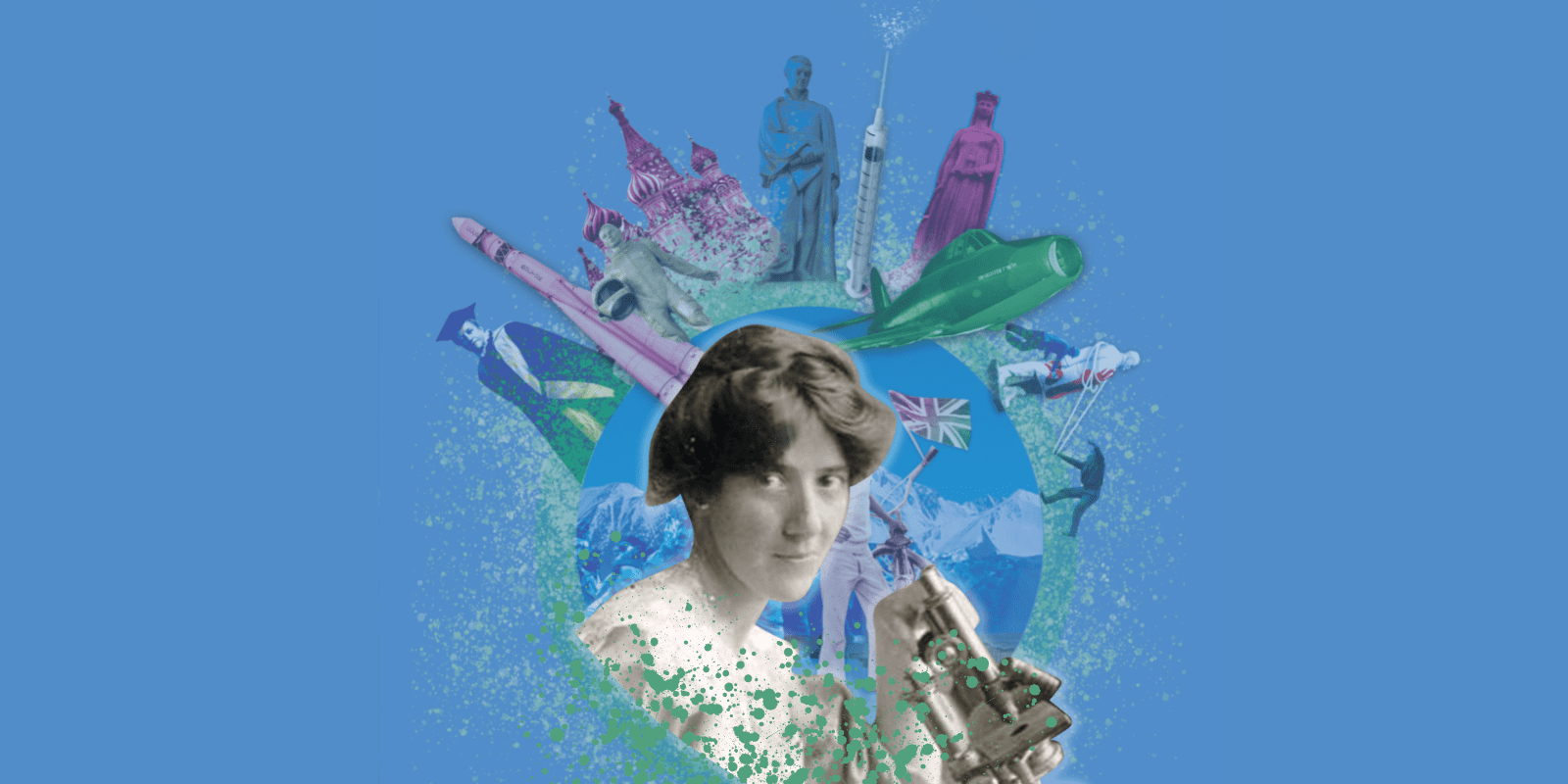 Stopes was the founder of Britain’s first Birth Control clinic which opened in Holloway, North London on 17 March 1921. This year is the 100th anniversary of this event.

The free clinic was run by midwives and supported by visiting doctors and open to all married women for knowledge about reproductive health. Stopes focused on education and barrier methods of contraception, which she tested on the women who used her clinics.

Stopes made significant contributions to plant palaeontology and coal classification, and was the first female academic employed by the University of Manchester. She was, and still is, a controversial figure whose views on eugenics and abortion continue to divide opinion today. However, her legacy of free reproductive health care and education for women, enabling them to take control of their reproductive choices, lives on. 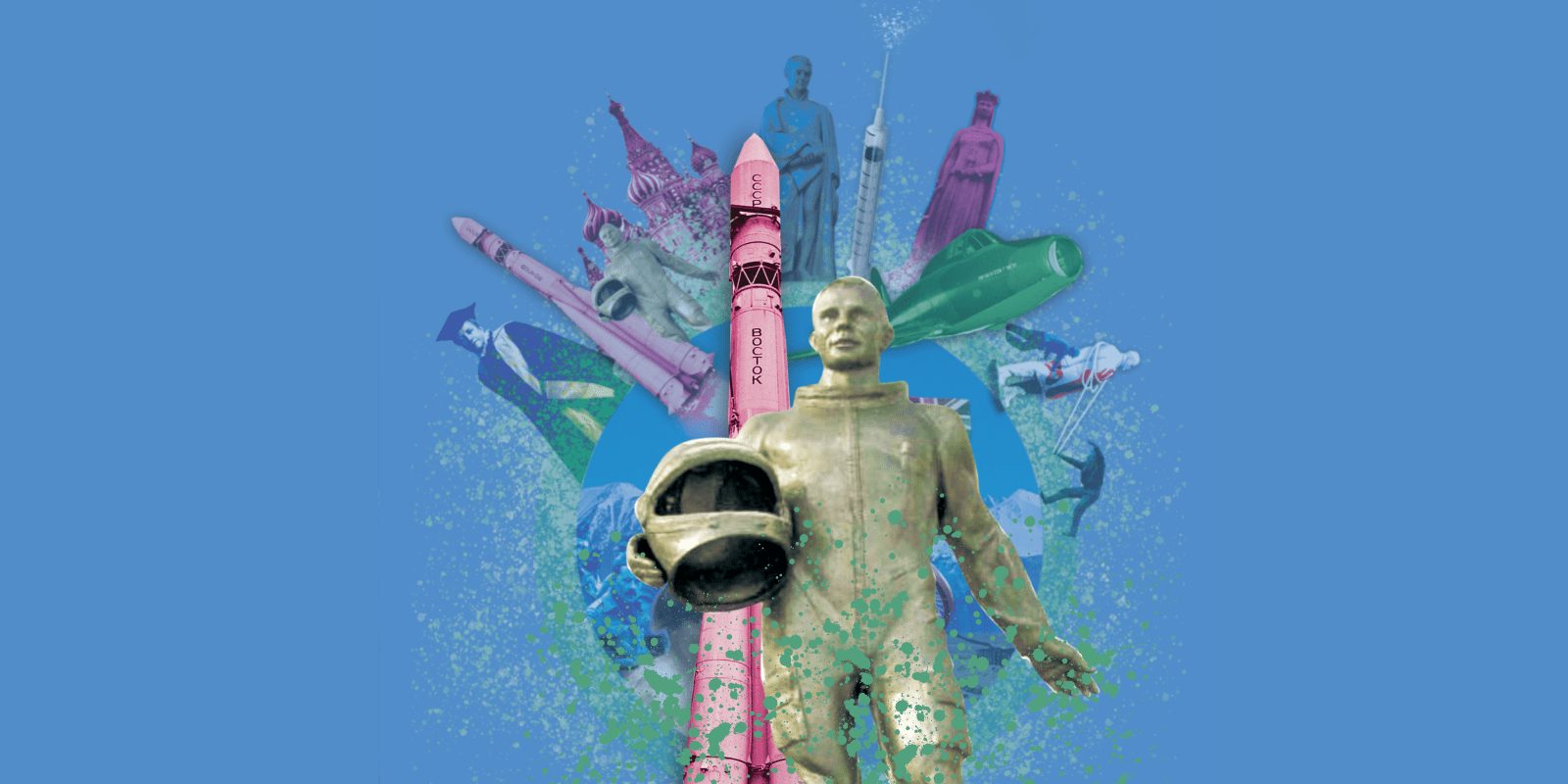 Vostok 1 (Восто́к in Russian, which means East or Orient), was the first spaceflight of the Vostok programme and the first Human spaceflight in history. 60 years ago, on April 12, 1961, Soviet cosmonaut Yuri Gargarin blasted into space as the Vostok 3KA Space capsule was launched from the Baikonur Cosmodrome. This made him the first human to cross the frontier of outer space.

The orbital flight consisted of a single orbit around Earth which just skated over the upper atmosphere at 169 kilometers (91 nautical miles) at its lowest point, in a flight lasting 108 minutes from launch to landing. (The NASA definition of the boundary of space is  50 miles or 80 km above sea level). After ejecting from his capsule, Gagarin parachuted to the ground from his an altitude of 7 km (23,000 ft). He could certainly be classified as a Pioneer himself! 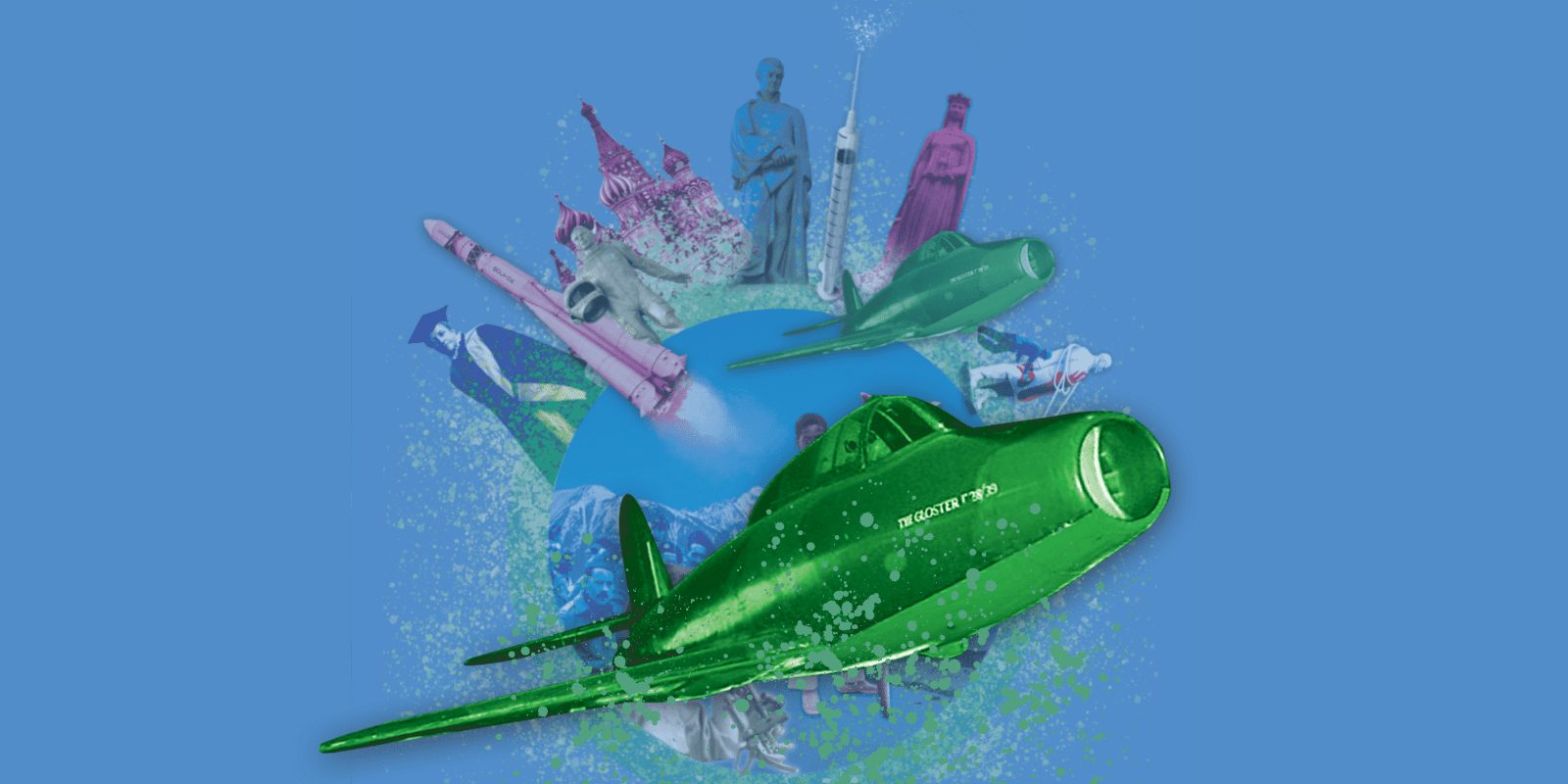 inventor of the turbo jet engine

The Gloster E.28/39, (also referred to as the Gloster Whittle, Gloster Pioneer, or Gloster G.40) was the first British jet-engined aircraft. A pair of  these aircraft were produced for the flight test programme, making their maiden flight on 15 May 1941, at Brockworth, 80 years ago this year.

The development of the turbojet-powered E.28/39 was the result of collaboration between the Gloster Aircraft Company and Sir Frank Whittle’s company, Power Jets Ltd. The aim was to design a suitable aircraft to test the novel jet propulsion designs that Frank Whittle had developed during the 1930s.

The E.28/39 was a valuable prototype and the Gloster Aircraft Company’s experience with this new type of propulsion led to the development of the Gloster Meteor, the first operational jet fighter to enter service with the Allies.

We’re celebrating Frank Whittle’s legacy with a Blackfriars Talks event – Duncan Campbell-Smith, author of a major new biography, is joined by Ian Whittle, son of Sir Frank Whittle and himself a pilot, to explore the intriguing life and extraordinary story of one of Britain’s greatest pioneers, marking the 80th anniversary of the very first jet engine flight in Brockworth just outside Gloucester.

Book Tickets for Frank Whittle: Genius of the Jet Revolution
Buy "Jet Man" by Duncan Campbell-Smith at Waterstones
Back to 2021 Festival
2021 Events
Ticketing and Events Access